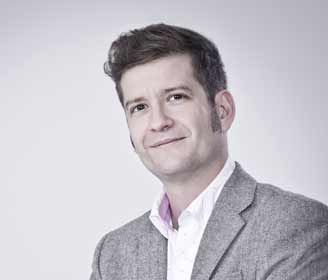 Education
Following his graduation as Master of Arts in English and Italian Language and Literature, studied at and graduated from the Pázmány Péter Catholic University School of Law, Budapest in 2004.


Professional experience
Aron joined the Budapest office of the international law firm Freshfields Bruckhaus Deringer and from 2005, he worked for one of the leading Hungarian IP/IT law firms. Aron re-joined Oppenheim in 2014 and became the Head of Trademarks and Designs. He is a contributor to a wide range of publications, regular speaker at professional events and is an invited lecturer at the PPKE School of Law. Áron has been a partner since 2017.


Awards and rankings
Áron's professional work has been recognised by Chambers and Partners, Legal 500, Who’s Who Legal as well as in the World Trademark Review. He is described as "the star draw; possessed of a “mastery of domain name law”, the ambitious and imaginative lawyer “is always one step ahead of the curve”. [WTR1000]

awards and rankings
"Excellent team reputed for its abilities in commercial disputes. Active in both litigation and arbitration proceedings in the construction, finance and insurance arenas. Counts banks, construction and agricultural companies among its clients. Also acts for sovereign states."

Chambers and Partners (2019)
"Pre-eminent competition practice, with an impressive team of highly rated practitioners. Renowned for its expertise in all manner of cartel, merger control, market sharing and procurement cases, as well as competition compliance."

Chambers and Partners (2019)
Sources say: "The firm is ready and able to provide a wide range of services to commercial organisations in the highest quality, with a thorough understanding on all applicable legal issues to be managed. Their team is young, dynamic, humble and extremely knowledgeable, without rushing to conclusions but sharing the clients' sense of urgency."

Chambers and Partners (2019)
"A stellar boutique within a general service firm, Oppenheim’s IP department attracts a torrent of praise from fellow professionals. It has seen a meteoric rise in recent years, boasting annual growth of more than 20% since 2014."

Legal500 (2019)
Sources describe the firm as a "strong employment practice with a dedicated team."

Chambers and Partners (2019)
Sources describe the firm as "excellent," noting its "particular strength in commercial arbitration."

Chambers and Partners (2019)
"In addition to assisting high-profile clients with a broad range of patent, trade mark and design matters, Oppenheim’s ‘excellent’ team is also advising on data protection and the impact of the General Data Protection Regulation."