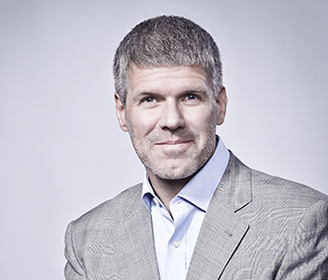 Education
Studied at and graduated from Eötvös Loránd University, Budapest in 1991. Holds degrees from the TMC Asser Instituut in The Hague, the University of London in International Law of Trade and the University of Glamorgan in EU law.


Professional experience
Lecturer and Honorary Professor at the Civil Procedure Department of Eötvös Loránd University. Has been a co-lecturer of International Commercial Arbitration at the Asser College Europe, The Hague, for over ten years. Acted as a member in the codification board for the new Hungarian Code of Civil Procedure. Associate at S.B.G.&K. law firm, then elected partner at Réti Szegheõ law firm in Budapest. Head of the Corporate Disputes practice of the international law firm Freshfields Bruckhaus Deringer in Hungary from 2003 until 2007. A founding partner of Oppenheim and head of its Dispute Resolution practice. Frequently acts as an arbitrator in major legal disputes.

awards and rankings
"Excellent team reputed for its abilities in commercial disputes. Active in both litigation and arbitration proceedings in the construction, finance and insurance arenas. Counts banks, construction and agricultural companies among its clients. Also acts for sovereign states."

Chambers and Partners (2019)
"Pre-eminent competition practice, with an impressive team of highly rated practitioners. Renowned for its expertise in all manner of cartel, merger control, market sharing and procurement cases, as well as competition compliance."

Chambers and Partners (2019)
Sources say: "The firm is ready and able to provide a wide range of services to commercial organisations in the highest quality, with a thorough understanding on all applicable legal issues to be managed. Their team is young, dynamic, humble and extremely knowledgeable, without rushing to conclusions but sharing the clients' sense of urgency."

Chambers and Partners (2019)
"A stellar boutique within a general service firm, Oppenheim’s IP department attracts a torrent of praise from fellow professionals. It has seen a meteoric rise in recent years, boasting annual growth of more than 20% since 2014."

Legal500 (2019)
Sources describe the firm as a "strong employment practice with a dedicated team."

Chambers and Partners (2019)
Sources describe the firm as "excellent," noting its "particular strength in commercial arbitration."

Chambers and Partners (2019)
"In addition to assisting high-profile clients with a broad range of patent, trade mark and design matters, Oppenheim’s ‘excellent’ team is also advising on data protection and the impact of the General Data Protection Regulation."